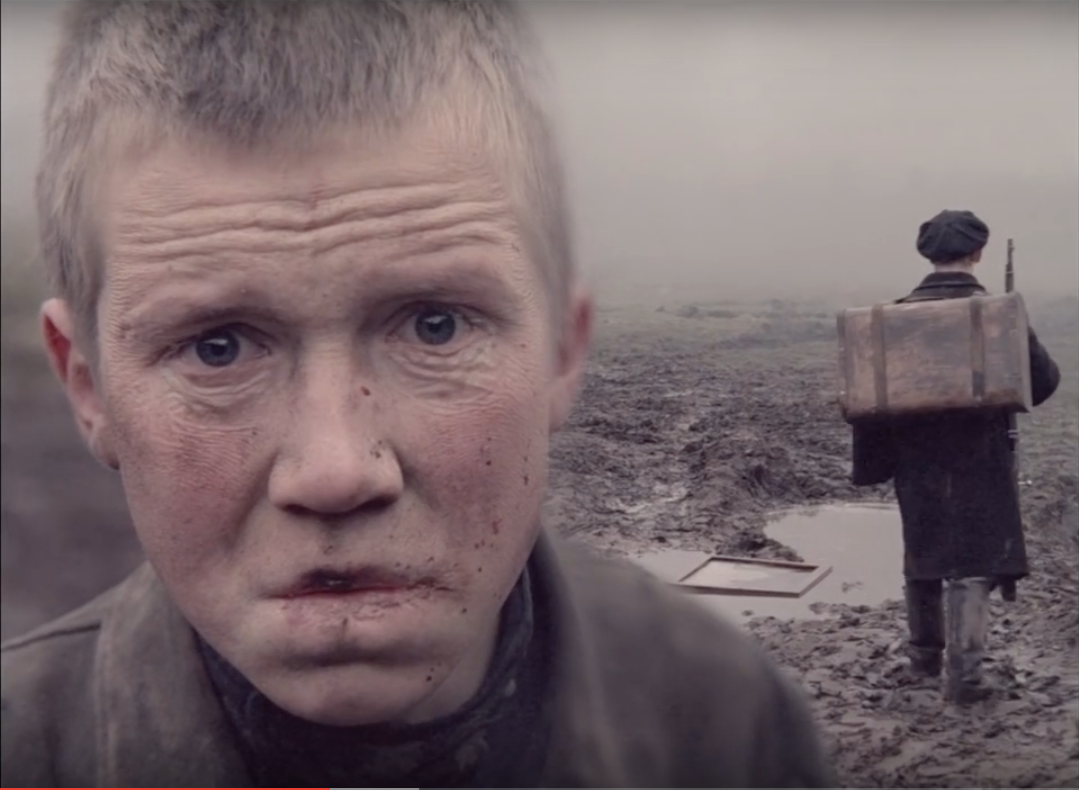 This film has never left me, I am going to say it’s a must see, a masterpiece, nothing short of extraordinary.

Set in the Soviet Republic of Byelorussia in 1943 during WW2, Elem Klimov’s film follows the devastating journey of thirteen year old boy Florya as he attempts to join partisans to defend his homeland against Nazi invasion.

Come and See was based on a book, Khatyn Story written by Ales Aadamovich, who also wrote the screenplay. Adamovich’s entire family were partisans in Byelorussia during WW2 and he himself was a teenage partisan. Klimov recounts crossing the Volga in a boat with his mother and baby brother as Stalingrad was on fire in 1942. The river also was on fire, his mother covered them in blankets so that they would not burn in the boat. Klimov said he was naturally burdened with very strong recollections of that excursion to hell, and that it lived with him forever.

The cinematic gaze is stuck in the depths of hell, the subjectivity of the camera belongs to Florya’s internal state, a sensory mirror of horror descends as the truth of the act of war is portrayed with viscious intent. In one scene the Germans drop a bomb on the partisans in a forest, leaving Florya temporarily deaf, the dialogue becomes muffled, set against the apocalyptic evergreen forest, a black smoke blows across the frame, planes buzz above, Florya is mute, a high pitched ringing amplifies the moment. Throughout the film the soundscape disorientates and fractures and supports Florya’s journey into madness, it is a sophisticated sound design that is pivotal to the central nervous system of the film.

Klimov chose to convey Florya’s fragile conscious terrain through a study of his face in close up, a staring out at the viewer, a demand to be seen. A device that provides an emotional intensity, a stream of consciousness, a mental space that is within reach. As the catastrophic event of war unfolds, the face of the boy prematurely ages as lines of grief are sequentially slashed into his forehead - until the final scene of the film where Florya has the face of an old man - this image truly never leaves you. There is no escaping the moral, ethical and physiological implications of the filmmakers vision, this hallucinatory haze of horror is a worthwhile cinematic journey.