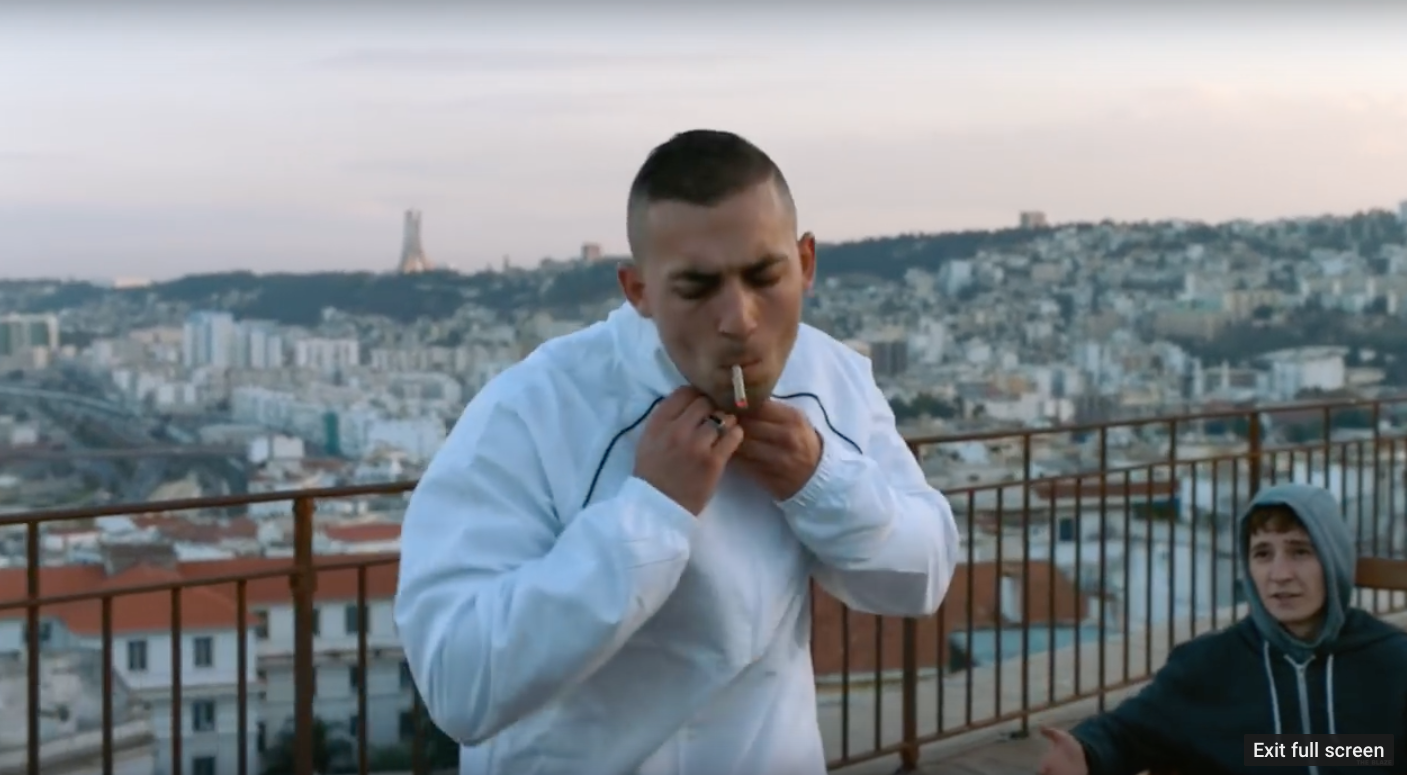 I'm shining like the moon, I'm feeling like a bloom in the black sun, I remember when I was young, the flavour is so strong I've missed it so long.....

What is it about this music video? Why is it so captivating from the first frame to the last? A kinetic synthesis of music, image and performance. An essence, a vibrancy, a visceral slide into another man’s energy.

This music video tells the story of a young man’s homecoming. Shot in Algeria, the setting striking; Benoit Soler’s cinematography beautifully considered; the light hopeful; the hero (Dali Benasallah) mesmorising. The camera has a knowing from the opening frame, diving straight into the hero’s extraordinary face as he cries hugging his family, the camera floats with him as his emotions and his longing for home are released, nothing forced, an organic opening of the heart.

The directing and songwriting team, Jonathan and Guillame Alric are cousins, maybe this is why the connection between sound, image and spectator has such an affect, this piece seems effortless, a pulsating realism that you can't take your eyes off. Every physical movement on screen, every punch in the air, every turn or bound of the hero’s body is in sync with the music.

The long shot as the hero bounds and beats himself around the internal courtyard is mesmerising, a striking surge of masculinity, an exhilarating electronic ballet of music and movement.

Dancing on the rooftop in a pure white jacket he rolls and slides his body with ethereal grace. There is an intense energy that is palpable, like you want to jump into his skin and have the moment he is having.

As night falls the beautiful man in white reaches for the sky and smiles.

No wonder it took the Film Craft Grand Prix at Cannes this year (2017). A celebration of youth, virility, family and love. Stunning!